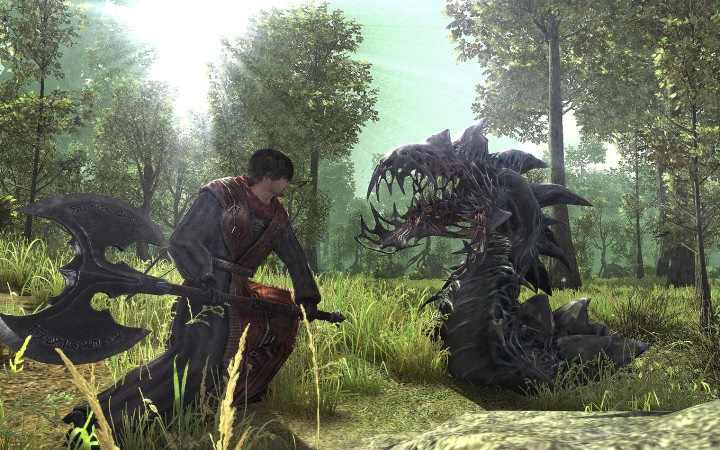 Stop us if you’ve heard this one before: a man sets out on a quest for revenge after his idyllic life is shattered by the destruction of his home at the hands of a marauding army. On his journey for retribution, not only does he become a great warrior – who handily ends up saving the world – but this nameless hero even manages to find the time to help all sorts of people by taking on some spectacularly tedious tasks. While the story in Arcania: The Complete Tale isn’t going to win any points for originality, those who come across it and still decide to give it a go are likely to be more disappointed by many other aspects of this last-gen remaster.

But hey, snazzy graphics do not necessarily a good RPG make, so as long as there’s some decent game mechanics and a fully realised world chock-full of interesting characters and quests, you could still get quite a bit of enjoyment out of the experience. Things initially look promising as you work your way through a series of quests that introduce you to the basics of the game while fleshing out your hero’s background, as he works to impress the father of his girlfriend so he can win her hand in marriage. Despite this reassuring start, once you head out into the wider world on your quest for vengeance, things quickly go downhill.

Most quests are dished out by the inhabitants of Argaan that you encounter on your travels, but whether they’re a farmer or a Lord, they’ll all want you to do something for them. These tasks fall into two categories: ‘go here and kill that’ or ‘go there and find this’. While Arcania’s certainly not the only RPG to lean heavily on these sorts of quests, it does fail to dress them up in a way that’d make you care even one iota about the stories and characters behind them. It ends up being a revolving door of underdeveloped characters that you barely spend any time with, who send you on the most unoriginal errands. Even the hero himself voices his exasperation at being asked to take on pointless jobs at every turn, showing that the developer was more than aware of these shortcomings, but did nothing to address them.