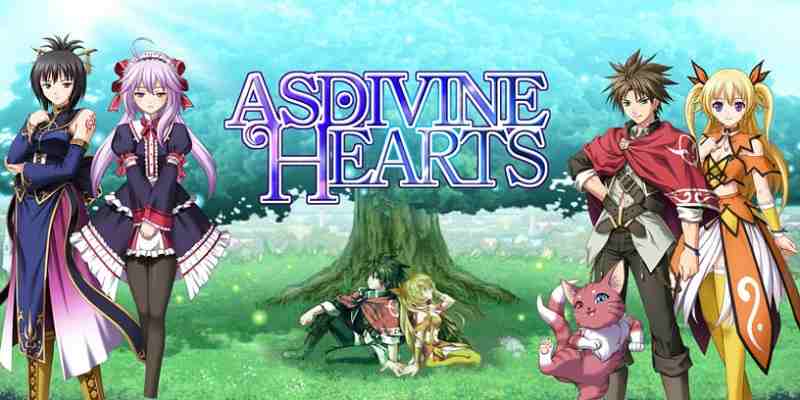 Beautiful hand-drawn visuals and a story of epic proportions bring Asdivine Hearts, a fantasy turn-based RPG, to the forefront of console gaming!

One year ago, the world of Asdivine was enveloped by a brilliant flash of light. Since that time, the influence of shadow has only continued to grow ever more powerful across the face of the land. Although the event itself was undoubtedly connected with the heavens, few people seem to have realized the far-reaching implications of what transpired. Now turning to the present, a surprising revelation awaits a young man by the name of Zack and his childhood friend, Stella, in the capital from a chubby cat claiming to be none other than the Light Deity and declaring the world to be on the verge of destruction…

The world of Asdivine has been rendered with stunning detail. From meandering clouds to lapping waves, sparkling magic to slithering creatures, and even dynamic skill effects, Asdivine Hearts breaks new ground in 2D turn-based RPGs!