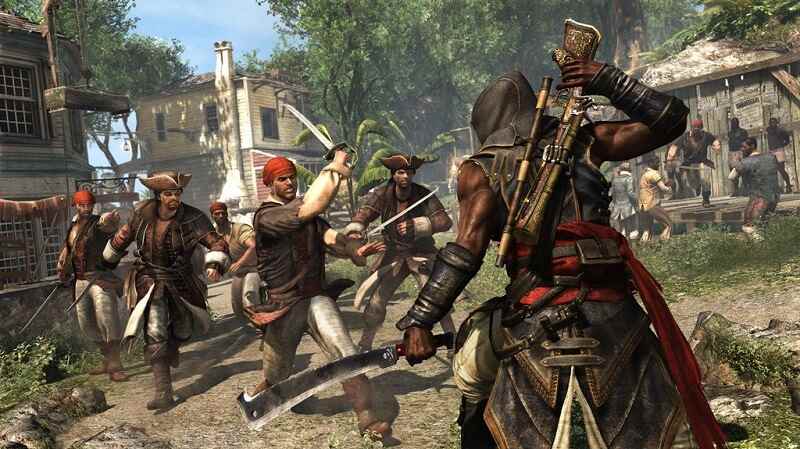 Play as Adewale, an Assassin fighting to liberate slaves throughout the Caribbean, in this 4+ hour stand-alone single player story. Assassin’s Creed IV Black Flag not required to play.

Port-au-Prince in 1735 is home to the most brutal slavery in the West Indies. Two thousand oppressed men, women, and children produce sugar, coffee, cotton, and indigo under the watch of six hundred French citizens, who live in constant apprehension of a violent rebellion.

After being shipwrecked in what is now known as Haiti and left without weapons or a crew, Adewale starts to assist the locals in an effort to assemble a crew and steal a ship. The more he helps, however, the more he is drawn into the Maroon slave community. Forced to face his past, he sets out to free the slaves and bring death to their captors.