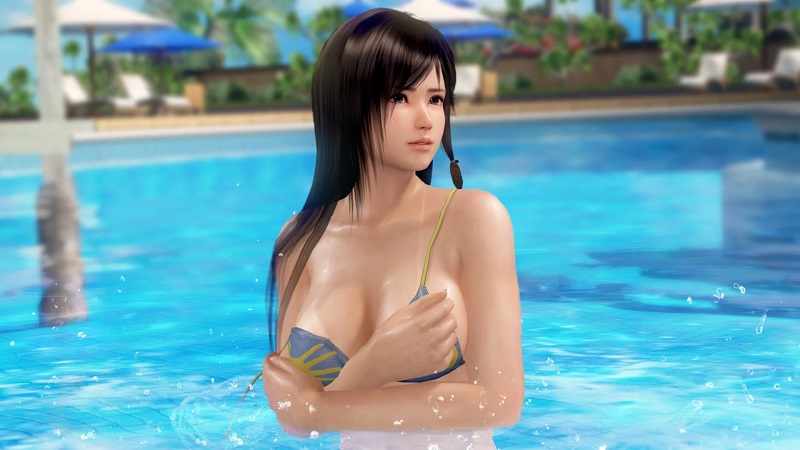 The PlayStation versions of the game are currently only available in the Asian regions due to certain specific reasons. However, it does not affect the PC version, which is much safer. Additionally, PC version will be F2P/Free-to-Play

The game will also include a VR mode on September, which had been hinted at in the 2016 Dead or Alive Festival, but its VR support, which were meant to be released on October 13, 2016 was suddenly delayed due to technical problems, leaving the actual release date remain unknown. When first unveiled to the public, it gained some controversy due to the demonstration of the gameplay having Kasumi giving lines and body language that indicated that she was unwilling to be touched, implying sexual harassment, until it was announced to be released on January 24, 2017. Nibori later explained that her reaction in the demo was because the demo was standalone, and that playing the game with the VR connected will have the girls being more willing to be touched depending on their bond level. The free to play version was released on October 13, where Kasumi is confirmed to be playable for free, although the other girls still require either payment or getting the full version. On June 28, 2017, a new title for the VR versions was given as Dead or Alive Xtreme Sense, which will be part of the Sense series of games for various Koei-Tecmo games for the PlayStation VR sense system. It was reported that the VR mode for the game will include an ability to utilize the smell and touch methods (the former to smell the girls, and the latter with an undefined purpose in the showcase), and also cause a splash via a mist icon.