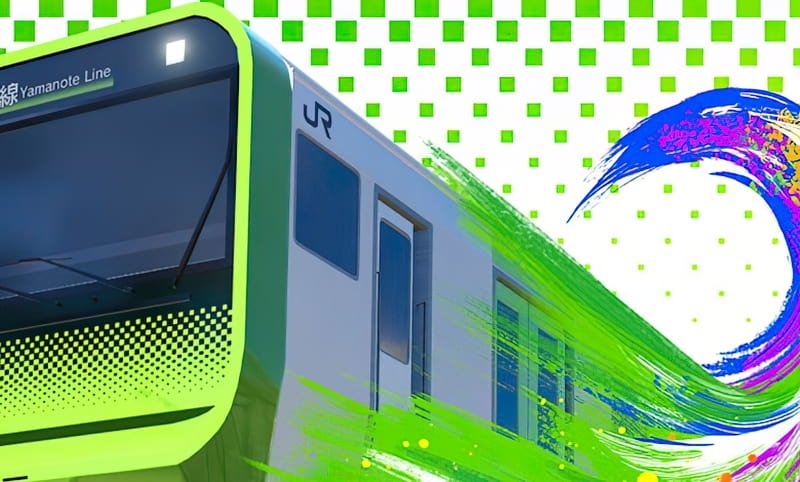 Explanation of contents
“GO by train! !! Is finally here on PlayStation®4! The arcade version “Go by train!” !! Based on “Densha de Go!”, We focused on that “Yamanote Line” and adjusted and added it for PlayStation®4. !! This is the Hashiro Yamanote Line. This work, which is made under the powerful tag of Taito and Square Enix, is produced by the visual works department of Square Enix’s video production group, following the arcade version, in the realistic cityscape reproduced with Unreal Engine 4. As a driver, you can experience various scenes such as morning, noon, evening, rainy weather, and snow, and the realism of driving.

In addition, as trains that can be operated, we have added trains that run parallel to the Yamanote Line, such as the Keihin Tohoku Line, Saikyo Line, Ueno Tokyo Line, and Narita Express, and the total number of missions recorded is over 200.

What is the “Go by train” series?
It was born in an arcade by Taito Co., Ltd. in 1996, and when it was later ported to home video game consoles, a completely new game genre called “driver experience” was received by men and women of all ages, and it was the only one that caused a big boom. This is the second railway simulation game.

Game mode description
New addition mode This mode
allows you to enjoy a new mission with a new evaluation axis, which allows you to experience a game that is a bit different from the arcade version.
Arcade Mode
This mode is a port of the Yamanote Line and Sobu Line missions that were popular in the arcade version.
VR mode This mode
is equipped with a PlayStation®VR headset and a dedicated mission that allows you to experience a realistic driver from the driver’s seat of the Yamanote Line E235 series.