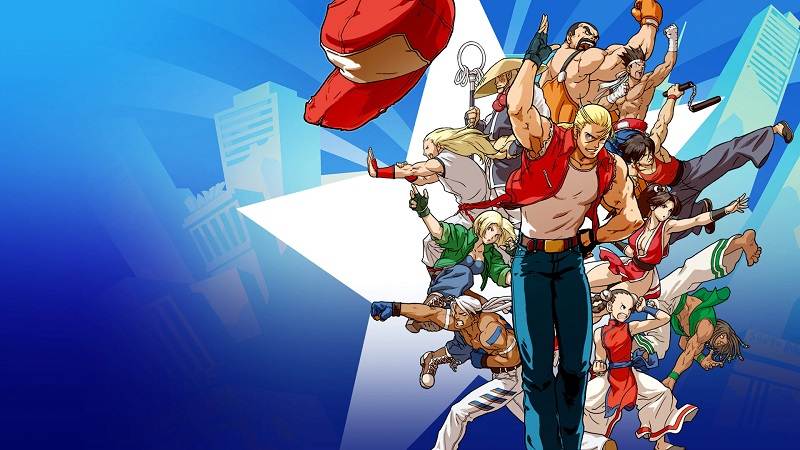 This compilation contains some of SNK fan’s favorite titles from the REAL BOUT FATAL FURY series.

REAL BOUT FATAL FURY is the only Fatal Fury title with bounds, and characters who are pushed out of bounds lose the round in a comical way, which can lead to unexpected comebacks. There are 16 playable characters in the game. This title also concludes the story that started in the original FATAL FURY.

In REAL BOUT FATAL FURY 2 the system has been changed up a bit so that the 2nd line is mostly used for evasion and throwing your opponent. Three new characters are also included in this title: Li Xiangfei, Rick Strowd, and Alfred. The first two are new playable characters, while Alred is a secret boss.