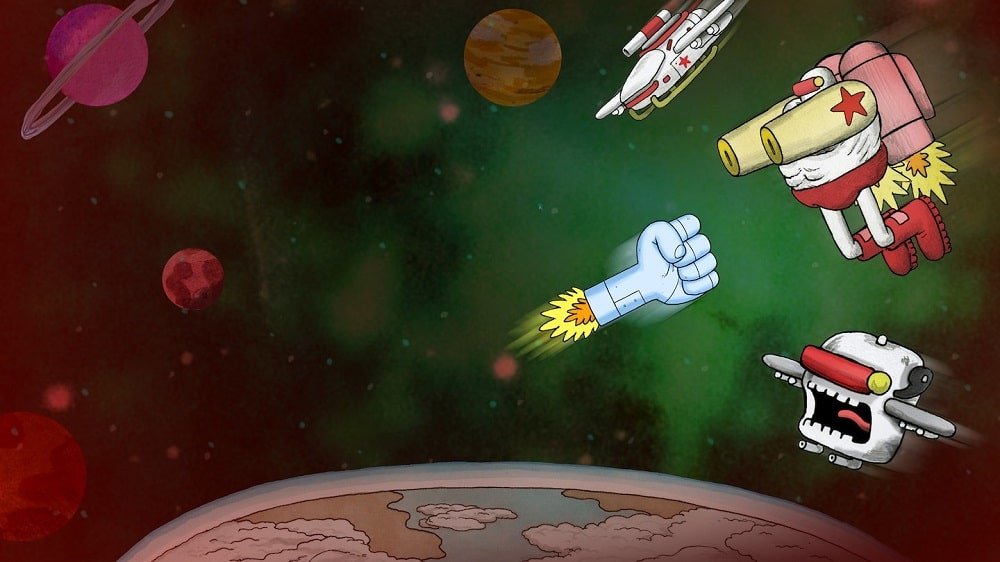 Freedom Finger is a music driven, side-scrolling shooter that sends you blasting through 40 levels of crazy cartoon action.

A wide selection of difficulty settings. Whether you want to chill and enjoy the story or crank the difficulty for a butt-blasting ridiculous challenge, we’ve got you covered!

A highly satirical storyline that explores hot-button topics such as communism, US foreign policy, sriracha sauce, and crafting in video games.