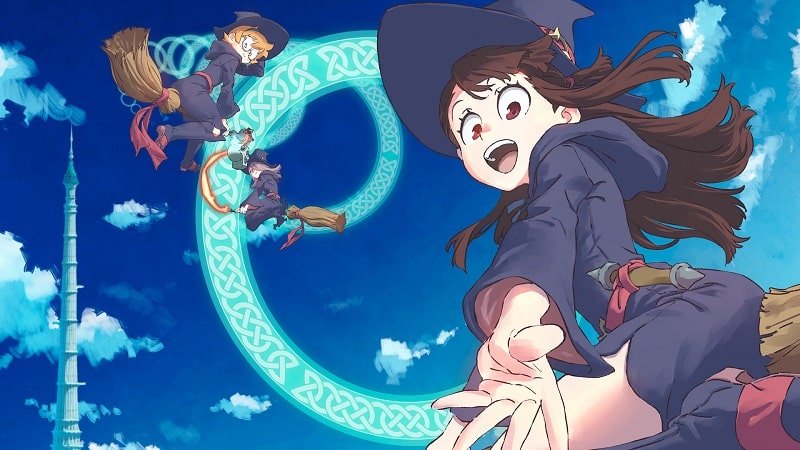 Take to the skies on a magic broom!

Become a guest student at a magic academy and take on all sorts of high-flying missions in this VR racing game based on the hit anime Little Witch Academia!

Race other students on flying brooms!

Form a tag team with another student and take advantage of the magic items on the courses to snag first place!

There’s not just racing, but shooting action, too! Work with a partner character to purify the ghosts in ghost hunt levels!

Use the points and tickets you gain from missions to buy new brooms and their power-up items, Broom Stars! Make your very own broom for hunts and races!

Enjoy the skies with Free Flight!

Fly around the skies of Luna Nova Witchcraft Academy at your leisure with other players on online multiplayer, unlocked after you finish Stage 4!
(Online multiplayer requires a PlayStation®Plus subscription, sold separately.)

Each mission is accompanied by an original story! Enjoy interacting with the characters as you aim to complete your missions!