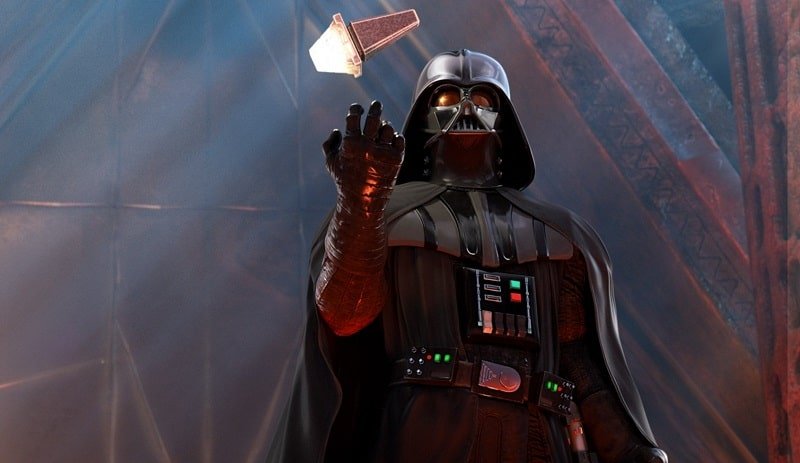 Vader Immortal: A Star Wars VR Series is a cinematic, interactive experience that lets you step inside a galaxy far, far away and into the role of a smuggler operating near Mustafar, the fiery planet that Darth Vader calls home.

Immerse yourself in a grand adventure where you can hone your lightsaber skills, navigate dangers, and come face to face with Vader himself.

Each episode comes with a Lightsaber Dojo, an open-ended training mode where you can hone your skills with the weapon of a Jedi Knight and unlock different lightsaber hilts.

In Episode I, you’ll meet new characters including your droid co-pilot ZO-E3, wield a lightsaber, and traverse Vader’s fortress to find out what he’s searching for.

In Episode II, with the fearsome Sith Lord as your guide, you’ll battle terrifying creatures and uncover ancient secrets beneath the planet’s surface and learn to
master the Force.

In Episode III, with the fate of Mustafar in your hands, you will need to take everything you’ve learned along the way to face off in a final confrontation.